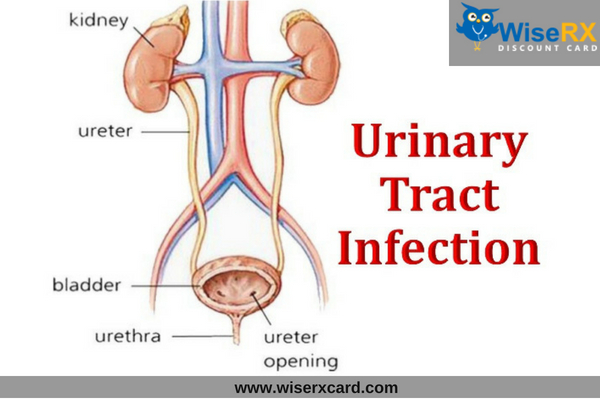 UTIs are bacterial infections in the urinary system. Most of the time, UTIs are caused by bacteria, however, in some cases it can be due to fungi and in extreme cases by viruses. UTIs are the most common infections in humans and usually not serious, though there can be exceptions.

Urinary Tract Infection can happen anywhere in the urinary tract. The urinary tracts consists of kidneys, bladder, ureters, and urethra. If UTI is in kidney, doctors call it pyelonephritis and if it’s in bladder then it is cystitis.

Who Gets Urinary Tract Infections?

Any person can get infected due to urinary tract, however, the chances of infection are more, if that person:

Upper tract UTIs affect the kidneys. The risk of life-threatening diseases increase if bacteria transfers into the blood through infected kidney. Symptoms of an upper tract UTI include:

In most of the cases, UTI is due to bacteria (such as E. coli.) and is normally found in gut. Other bacteria that can cause UTI in the gut are Staphylococcus, Klebsiella, Proteus, Enterococcus, and Pseudomonas.

Sometimes, UTI can be found in bladder of both, men and women. It can occur due to sexually transmitted infections during unprotected sex. Some of the bacteria that can lead to bladder UTI are Chlamydia trachomatis, mycoplasma, and ureaplasma. The parasite trichomonas can also cause similar symptoms.

You’re more prone to get UTI if your immune system is weak due to an autoimmune disease or diabetes. This happens because your body doesn’t have much strength to fight off the germs that cause these infections.

Treatment of UTIs depends on the cause. Your doctor may recommend you some tests to diagnose which organism is causing the infection. In most cases, the cause of UTI is bacteria and is treated with antibiotics.

However, if UTI is due to viruses or fungi, it can be treated with antiviral drugs. Most of the doctors’ prefer ‘the antiviral cidofovir’ drug to treat viral UTIs. Fungal UTIs are treated with medications called antifungals.

An individual can prevent UTI by following these tips:

Just make sure to discuss it with your doctor to find the right prevention plan for you.

Click here to get a Free Prescription Discount Card!

This website uses cookies to improve your experience while you navigate through the website. Out of these cookies, the cookies that are categorized as necessary are stored on your browser as they are essential for the working of basic functionalities of the website. We also use third-party cookies that help us analyze and understand how you use this website. These cookies will be stored in your browser only with your consent. You also have the option to opt-out of these cookies. But opting out of some of these cookies may have an effect on your browsing experience.
Necessary Always Enabled
Necessary cookies are absolutely essential for the website to function properly. This category only includes cookies that ensures basic functionalities and security features of the website. These cookies do not store any personal information.
Non-necessary
Any cookies that may not be particularly necessary for the website to function and is used specifically to collect user personal data via analytics, ads, other embedded contents are termed as non-necessary cookies. It is mandatory to procure user consent prior to running these cookies on your website.
SAVE & ACCEPT